Simon Crow Q&A “The adventures of a carp angler”

Thanks very much for agreeing to do this Q and A we really appreciate your time.

How did you first get into carp fishing and what was your first carp?

I was introduced to angling by my Dad when I was really young and evolved into a carp angler as I grew older. My first carp was caught when I was 10 in 1980 from a lake called Leightons Pool in Codsall, near Wolverhampton. However, I wouldn’t class myself as a serious carper until I was in my teenage years. I was more an angler who used to pleasure fish with one out to the side hoping for a bigger fish to come along.

What path did you take to get into the industry?

I’ve always been a very passionate person and angling took over my life in my late teenage years. I became obsessed with carp fishing when I could drive in 1987, traveling all over the country to chase carp. This was around the time when the industry began to take off and it started to cost more and more to buy bait. At the time I used to fish with a lad called Richard Taylor (ex Wychwood MD) and we used to make bait together to cut costs. We caught well on the lakes we fished so lads started asking us to make bait for them. We ended up forming a small bait company which was very localized until we met a lad called Rob Hughes (now Carp-Team England boss) who’d just moved to our region. Rich fell in love with a local girl so fell out with carping for a short while. Me and Rob, however, oozed ambition and forged a strong friendship which saw us fishing together all over the country and in later years France. We took the bait company into lots of Midlands shops in the early 90s, which then lead to us writing articles in the carp mags, Carpworld and Carp Fisher. This is where it all started, and things really went from there.

You have got a new book coming out called “The adventures of a carp angler” Can you tell us a bit about the book ?

Yes it’s a massive book! Although it’s quite expensive at £34.99 it is a monster read covering 40 chapters, 450 pages with more than 500 images. It details 30 years of my carping life, ranging from pioneering overseas waters, to tackling the big fish venues of the UK. Every aspect of the carping spectrum is covered, including loads of my favourite captures, victory in the World Carp Cup, the highs and lows as a sponsored angler, magazine editor, fishery owner and tackle manufacturer. I’m so proud of the book and it’s lovely to hear that it’s been well received too. Carpworld editor Steve Broad recently described it as a “modern classic” in a review that he did.

Where can the book be purchased from?

The only place you can purchase it is from www.gifts4anglers.co.uk. Both hardback and leather bound issues are available.

You recently fished the Orient, Looks like a difficult lake to fish not just to catch but to even get to your swim, Tell us a bit about your time on the Orient ?

It’s a ‘mans water’ lol. It certainly isn’t somewhere for the faint hearted. There’s no driving to the back of swims etc, it’s all manual hard graft, especially if you fish it in the autumn when the big drain down occurs. It is widely regarded as the hardest carp water on the planet and take it from me it is. Restricted fishing zones, silly rules and a low stock of carp make it ridiculously difficult. I went there with the sole intention of just trying to catch a carp, so you can image how I felt when I left with three lovely fish under my belt after eleven days of fishing. 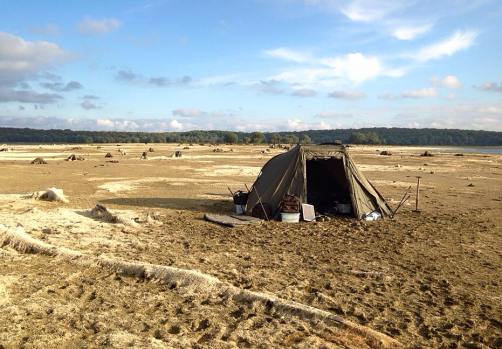 Tell us about the Key boilie you have had a lot of success using it this year including the capture of Erics common at 86lb ?

There’re lots of good carp baits out there, but there are very few which are ‘great’. You can tell how good a bait is going to be quite quickly into its life when it starts producing big fish on a regular basis. The Key was like this from the moment I received the first batch of the finished item. I was actually sent some a couple of years before the finished version and I didn’t get on with it. Then once it was finished I had the best season of my carping career so far. It started when I caught the big common from Echo Pool named Colin at a lake record 83lb. Then I had a blinding winter right up north in East Yorkshire at Emmotland with 30-odd fish to 35lb (from a lake which has terrible winter form). Then I had a fantastic session on Church Pool which included the biggest resident known as Four-by-Four at 56lb 12oz, followed by the biggest resident in the mighty Rainbow Lake known as Eric’s Common at 86lb 8oz. Next I caught the rarest fish from Emmotland called the Perfect Common, then the biggest from my North Yorkshire syndicate calledHoover, followed by one of the UK’s most sought after commons called Kitch from Northey Park weighing 47lb 8oz. I then finished off the year with the Big Common from Church Lake at 50lb 10oz while filming for the 2016 Nash DVD. What an amazing season of fishing. I think that tells you how good the bait is, especially when you consider I’m not a full time angler and most of my fishing is overnighters in between work. 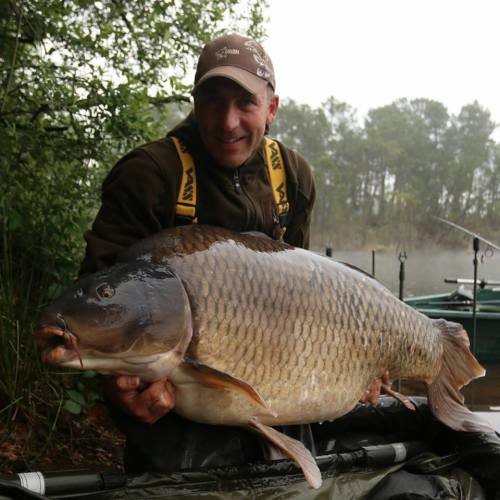 If you could fish for a carp past or present which would it be?

I’d probably have a go at Mary, the giant common that used to reside in a German syndicate lake. It weighed over 80lb when it sadly passed away. I always thought it was a terrific looking fish.

What do you do when you first get to a new water?

Have a good look round and take note of the visible features and where the other anglers are fishing. I’ll then have a chat with the lads and try to work out the lake’s form, then make my swim selection based on that.

After years of carp fishing, What keeps you going back down the lake?

It’s my passion. I love the outdoors and love chasing carp. I’m very lucky in that I’ve made my career from something I love doing, however, if it wasn’t my job I’d still go as carping as much as I do. I was destined to be a carp angler.

Have you got an edge you can share with our readers?

I think my edge is that I don’t get too technical with my angling. I keep everything simple, and always base everything that I do on the carp as a species. 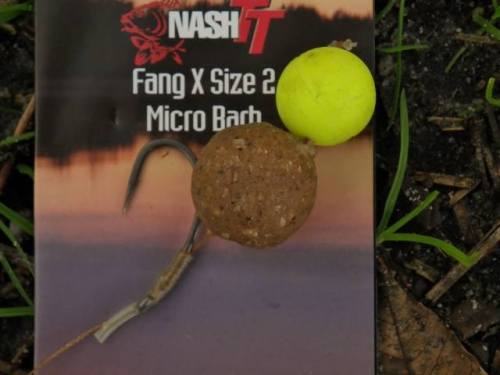 Big Thanks to Simon Crow for this Q and A session