The search for my First 30

The search for my first 30

After wasting 2-3 years on a local gravel pit chasing a phantom 30 pounder, I discovered a little lake in Waltham Abbey that I knew held 3-4 30lb commons. The lake is very shallow and is very pressured, so I knew a different approach was needed to get on the bigger residents. Every angler I spoke to said to use 10mm boilies or small baits, “big baits don’t work on here” was the cry of so many. My first session I turned up to do a quick over nighter and managed a 26lb common from an overhanging tree, so immediately I knew that the margins and tight little areas was going to be my approach for my next session. The following week I turned up to do 2 nights and couldn’t believe how many anglers were on such a small lake. I done a quick lap of the lake and counted over 50 lines in the water and I was starting to think that I’d made a mistake in joining it. With every angler all fishing 3 rods bow string tight out in open water I decided to try somewhere else. The following week I done another 24hr session and managed several fish to 28lb all coming from a heavily baited area of 14mm and 18mm boilies.

Another thing I noticed hardly anyone put out any bait so that night I put out 2 kilos and the fish were on it straight away. Completely against what everyone was saying doesn’t work. I couldn’t wait for next week to come. I got to the lake at 6pm the next week and was delighted to see the swim I wanted was empty plus the lake only had 2 other anglers on it and they were packing away so I had the lake to myself. Straight away I put out about 100 boilies mixed of 14mm and 18mm all around the far margin and the overhanging tree. Within an hour I had my first bite and it turned out to be my first 30lb common at 30lb 02oz.

After that the night was really quiet and didn’t do any more bites. It was about 14 hours since I had the 30+ common and my rod was away again off of the same spot and on the same rig. Once it was over the net I thought to myself that’s another 30 surely! After I weighed it the scales confirmed another 30+ common. I was so made up to say the least. An hour after that I had the biggest mirror in the lake too at 27lb.

I then sat down and had a look through my camera and realised the 2nd common I had was in fact the same fish as the 1st one I had the night before.

What a session to remember!! The next couple of months I went on to catch over 40 different 20s and managed a few more 30s and my target fish but was well down in weight after spawning.

A margin caught common at 31+

That was me done on Holyfield and on to Walthamstow Reservoirs for my next adventure. Just goes to show don’t always do what other anglers tell you, do what you are used to and NEVER ignore the margins…Tight lines

Big thanks to Anthony  O’Neill for writing this article 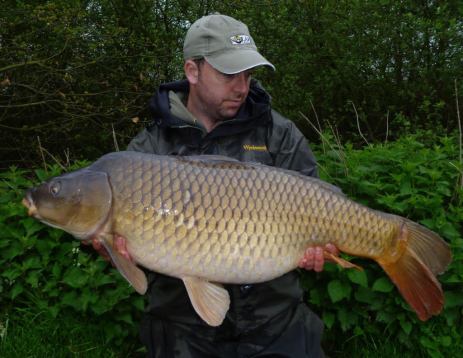 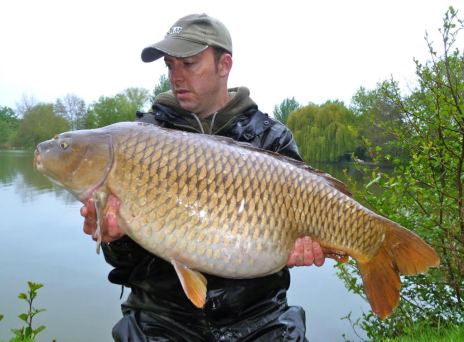