The moon under the Water

It was a beautiful hot and balmy day, the sort that always happens on your school holidays as a kid no worries no dramas life was very good. As we sat and looked across the pond a new subject arose something that we thought would ever happen. We had been fishing the estate owned pit since we could barely walk enjoying and learning all the time, we had caught far more than our fair share and the time had come too spread our wings.

Me and nob sat chatting about where we could focus out attentions next, now with his recent driving test success the world was our oyster and the clitroen ax would be our chariot.

It was whilst mulling over our endless possibilities that a previous conversation with another young angler popped into my head. Mark was again a keen young angler the same age as us and told me of a magical little place close to his home that he’d looked at, but better than that it was on our ticket!!!!

After a brief discussion and a consolation of the club book were out the gates sticking 4 quid’s worth of unleaded into the axe wound.

A fairly easy and grief less drive later we turned into a nice little country lane. Once we carried on passed the farm turned right then a left passed the huge house, things got progressively worse!!

Trying to ignore the pot holes used electrical items and general shit we looked right across a big windswept pit littered with Islands snags and visible bars right out of the water..

Luckily this wasn’t ours but with a nervous look we carried on down the dodgy old track eventually passing the big lake and entering a different world. As we drove alongside a row of giant trees glimpses of shiner weed covered water caught the eye.

We turned into a nice grassy car park and pulled up next to a tall hotpoint fridge freezer. The progressed walk was good. Real good a more beautiful and intimate place could not be dreamt of, it was the one with everything a keen angler could ask for. Except the weed, we had never had to deal with weed before!!!

After climbing several trees we counted not one but 12 BIG carp! Chuffed was not the word, and before long plans were starting to hatch.

We pulled back up at nobs place buzzing with excitement. The old man was there so we began frantically telling him where we’d been.

As the words poured from us he looked down, “nothing in there boys”. Nob piped up and informed the then fairly young magician that we had counted 12 and not only that but a few of them were absolute whackers!!!

It was then that we learnt a huge lesson. The old fella turned to us and said. NO NIGHT FISHING. ……………………..except at nights

Big thanks to Niff McColl for writing this blog! 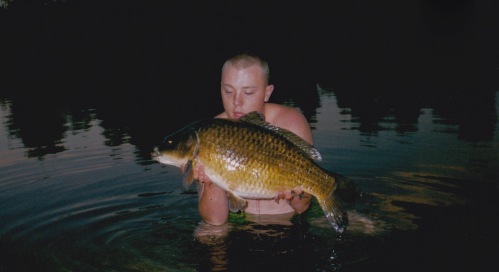 One from the heavily baited area. 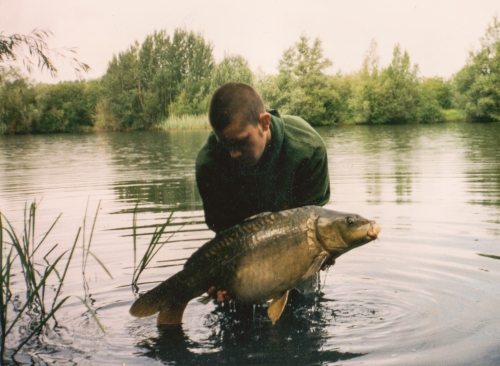 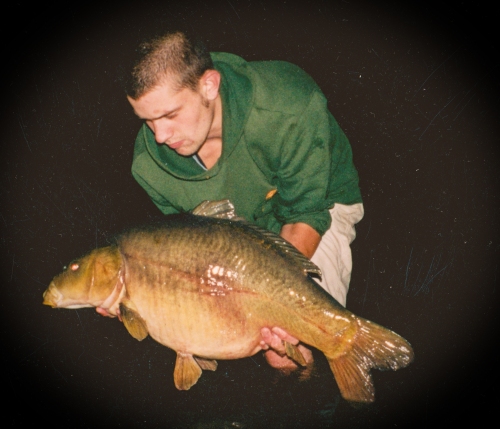 A pretty Mirror for Nob 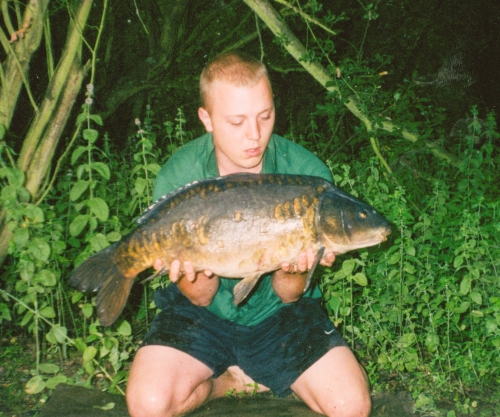 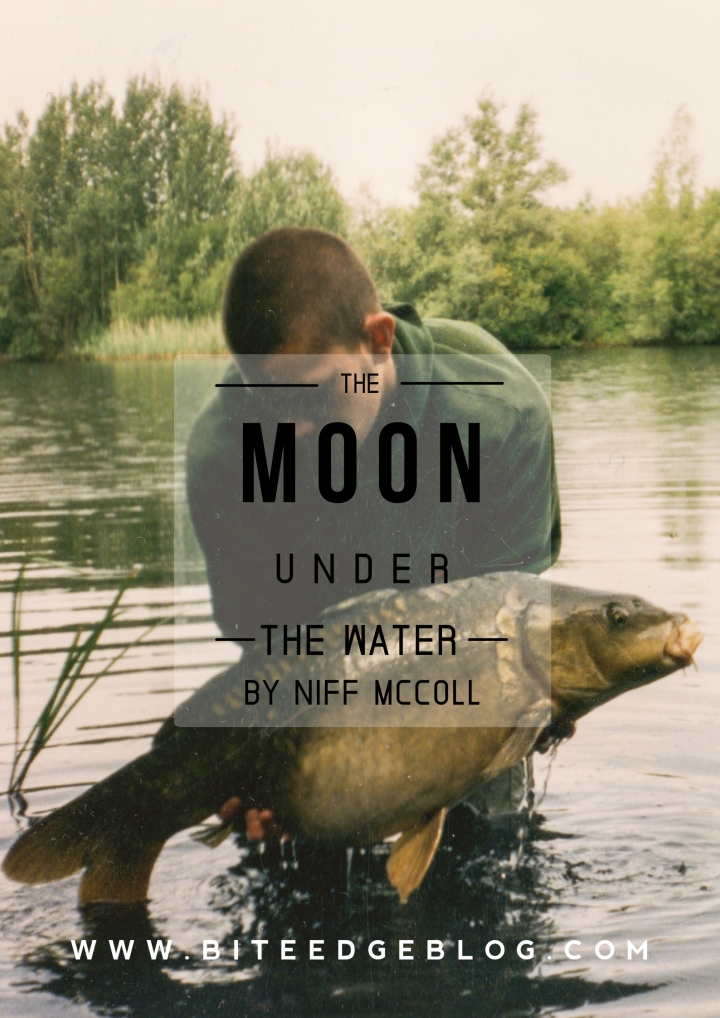