A Bailiffs Point of View By Geoff Waddle 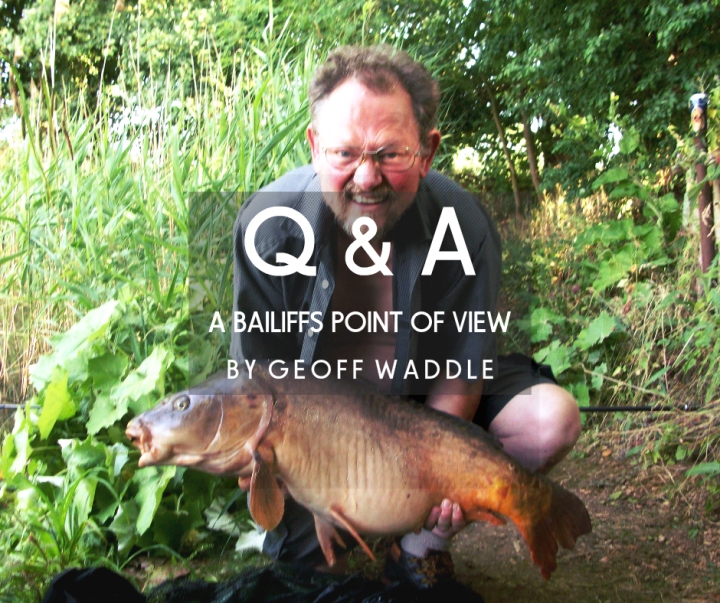 When did you first become a bailiff?

I am actually club Secretary first off and by that I am a club official which allows me to be a baliff, and I do carry a baliff warrant. I cant remember how many years I have been club secretary but I have been with the club for about 40 years on and off, I went to my first meeting at the tender age of 16, I took 15 years out when my children were young. I worked up until 2010 when ill health made me make a big decision to quit work and with docs orders to walk at least 20 mins a day I found myself going to Marlborough pool daily for my exercise, so it became an easy task to check who was there, check tickets and get members car numbers. I made a list of the people I checked with their car reg and found after a while I could baliff the lake by recognising the cars!

What do you have to do on a weekly/daily basis?

I tend to go round at least 5 times a week at all times of day checking the anglers chatting talking about rigs methods and baits, some times there are no anglers but it is nice just being there. I do also get to fish 2 nights a week during the spring summer and autumn but I do not baliff when I am fishing

Being a bailiff you must have seen some sights, can you tell us about any?

Getting people to help with the work required, chainsaw accident was the most distressing when a tree came down on a guy and broke his collar bone all necessary safety equipment being used but he took his eye off the ball and ended up in hospital for 2 weeks, our fishery officer slipped under a rotary mower and lost some toes, cleaning up the rubbish round the pool and someone left a gas cannister in the bin which I chucked on the fire in a big concrete drain we used for the incinerator. Needless to say it made me jump and the explosion cracked the concrete.

What is the most rewarding part of being a Bailiff?

Helping people get to know the lake and facilities locally to make their stay as easy as possible, I cannot always put anglers onto a fish, for the last 5 years I have run 4 carp social matches and these have been open to members and non members, these have encouraged more members and they have got to know each other and now we have a good community spirit, also all funds in excess of the cash prize goes into a stocking fund.

What is the worst thing about being a Bailiff?

Throwing poachers off I have not had that many but on the odd occasion I have found non members fishing, I explain what they need and where they can purchase club membership and then ask them to go get one or leave. I will not take them on but give them time to go and if they do not start to pack up I go get reinforcements.

Tell us about the stocking program at Marlborough Pool?

As I mentioned the matches have created a fund to buy new carp, we started stocking in 2009 when the club put up £1000 to buy some carp from fishers pond in Hampshire this bought us 45 fish, in 2011 we had an offer of the Olympic venue carp which were at a fantastic price of £3.50 per lb and we stocked 26 fish from 7 to 17lb. Then we started buying very pretty fish which are 80 percent Leeney strain from a local fish farm called Lower Berryfield fisheries, the beauty of this is we can go and collect them we have stocked in 2014 12 fish 2015 18 fish and just last week (march 2016) put in another 16 fish.  average weight was 3/4 lb but they grow very quickly and the first batch are now well over 10lbs 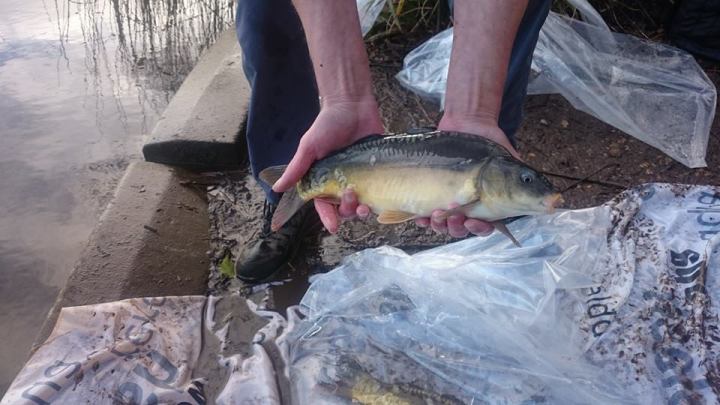 Tell us about the otter fencing you are putting up?

We started putting up a cheap as possible otter/ predator fence in September 2015 and although we had completed 600 metres of fencing we still lost a number of carp through the winter, with volunteer labour and a grant from our landlord and recently a grant from the angling trust we are very close to finishing this job. very hopeful it will stop predation but it does depend on members closing the gates

Tell us about your time fishing on the venue?

I have fished the pool on a regular basis since 2008, before this i was on the rivers and canal with the ocassional trip to the pool.

I have had mixed results catching only 9 carp in 2015 but 4 of them over 20lbs. the year before I had 30 carp in the season with my red letter session on our 40 hour match in a very hot July when I had 4 fish for 88lb 12oz and also lost a goodun!

Wish you all tight lines for 2016 season