It was around this time that another local water was coming to prominence. It was throwing up some real good fish and this water was Manor Farm Lake, which would go on to become quite a famous big fish water for a while. A year before I finished on The Match Lake I started to have a dabble over on Manor (this being 1996).

I had a couple of day sessions on there early spring and it was very quiet fish and angler wise. In May I turned up for my first night session on the lake. I remember it was cold at night (cold enough for a frost) but nice and sunny in the day time that week. I got down for my usual Tuesday night and would fish until Wednesday afternoon (my day off from work). I probably hadn’t fished weekends for seven or eight years by this time and my session was nearly always Tuesday nights and Wednesday day. I had the plan in my head that first Manor session to fish on the far side of the lake where it was shallower as it seemed to be the obvious first place the fish would turn up to feed after the winter. Trouble was when I got there a few others must have had the same thought as there were only four or five on the lake but four were on the far bank(the river bank) and one was on the Point. It would be getting dark pretty soon so I had to make a decision. I decided I wouldn’t try and squeeze in amongst the lads who were already fishing and that I would fish the road bank which I had all to myself. It offered a great view of most of the lake and with it being unpressured I figured that I still could be in with a good chance. I had a quick plumb around up to about seventy yards out and didn’t find anything that special so just baited up to a half decent spot by the marker float. What was surprising that night was that one of the anglers on the river bank was none other than Roy Parsons. In all the subsequent years I spent on the linear complex it is the only time I can ever remember Roy night fishing. In fact thinking back he may have been Pike fishing that night. Nothing happened for me during the night but early the following morning I had steady take on my right hand rod and was into my first Manor carp. It stayed deep and felt heavy and all the way in I thought this could be something a bit special. I am a great believer in the law of averages and after all those Yateley carp I caught without landing one of the thirties I thought there would be some justice if the first one I took out of Manor was to be a thirty! I remember the lads of the far bank looking over and Roy getting into his 4X4 and coming around to give a hand. He got to me in time to net it and as he did so he turned and said I had a thirty! It was a stunning fish and to cap it all off when we weighed her she was the lake record at 35lb 10oz.

This fish was to be named “Pinscale” and for the next two or three years was to be one of the big three in Manor along with “Cuttail” and “Popeye”. Amazingly when I was back at work the next day the guy on the Point caught “Cuttail” at 35lb 12oz so my lake record didn’t last very long! That guy was to turn into a very good friend and was Greg Richardson. One of the other lads on the river bank that night was also to turn into a good mate and that was Paul Hathaway. When I fished Manor over the next few years it always seemed to be the same regulars which was strange for a day ticket water. Along with me, Greg and Paul there were a few from Wales, Jimmy “fivebellies”, “Suicide” Paul and a few from the North West, Frank Warwick, Oz and one or two others. Keith Moors was another relatively local angler who we used to see often down there as well. I was lucky enough to catch most of the big ones in Manor including “The Random Linear” a couple of times, “The Zip Linear”, “Two Sides”, “The Long Nosed Mirror”, “Matt Hayes Fish” and finally “Cuttail”. The two real biggies that evaded me were “Popeye” and “The Birthmark Linear”.

Both Greg and Paul had most of them as well and in fact there was a 30lb common in Manor at the time that Greg had a few times and Roy stated that it should be called “The Gay Common” because Greg kept catching it! It was two tone on the top of it’s head when looked at from above in the water and this fish is the big common in St Johns nowadays (flooded out of Manor a long time ago).

While I was fishing Manor I still had my Yateley ticket and was fishing there as well, mainly summer time (spring and autumn for Manor). In 1997 I finally moved from The Match to The Copse Lake. 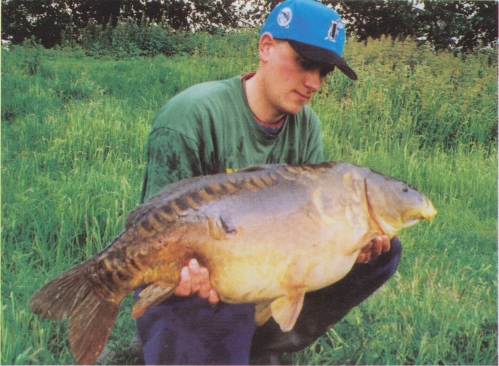 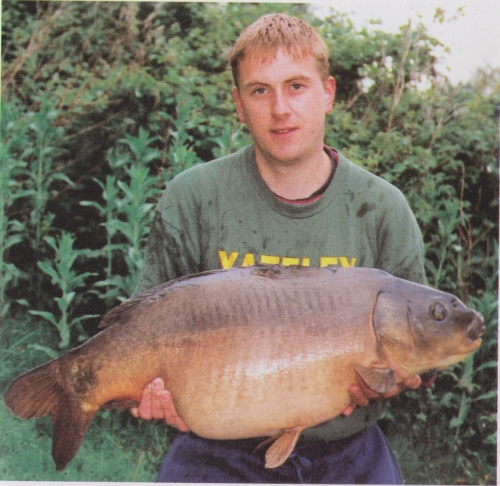